So I am very happy to be able to say that after a number of years trying to get on the grid, in 2015 I will become a Le Mans 24hr driver. I am driving for Asian Le Mans series winners Team AAI in a Porsche 997 RSR alongside team boss Jun-San Chen or San as he is known, and also Le Mans podium finisher Xavier Maassen. 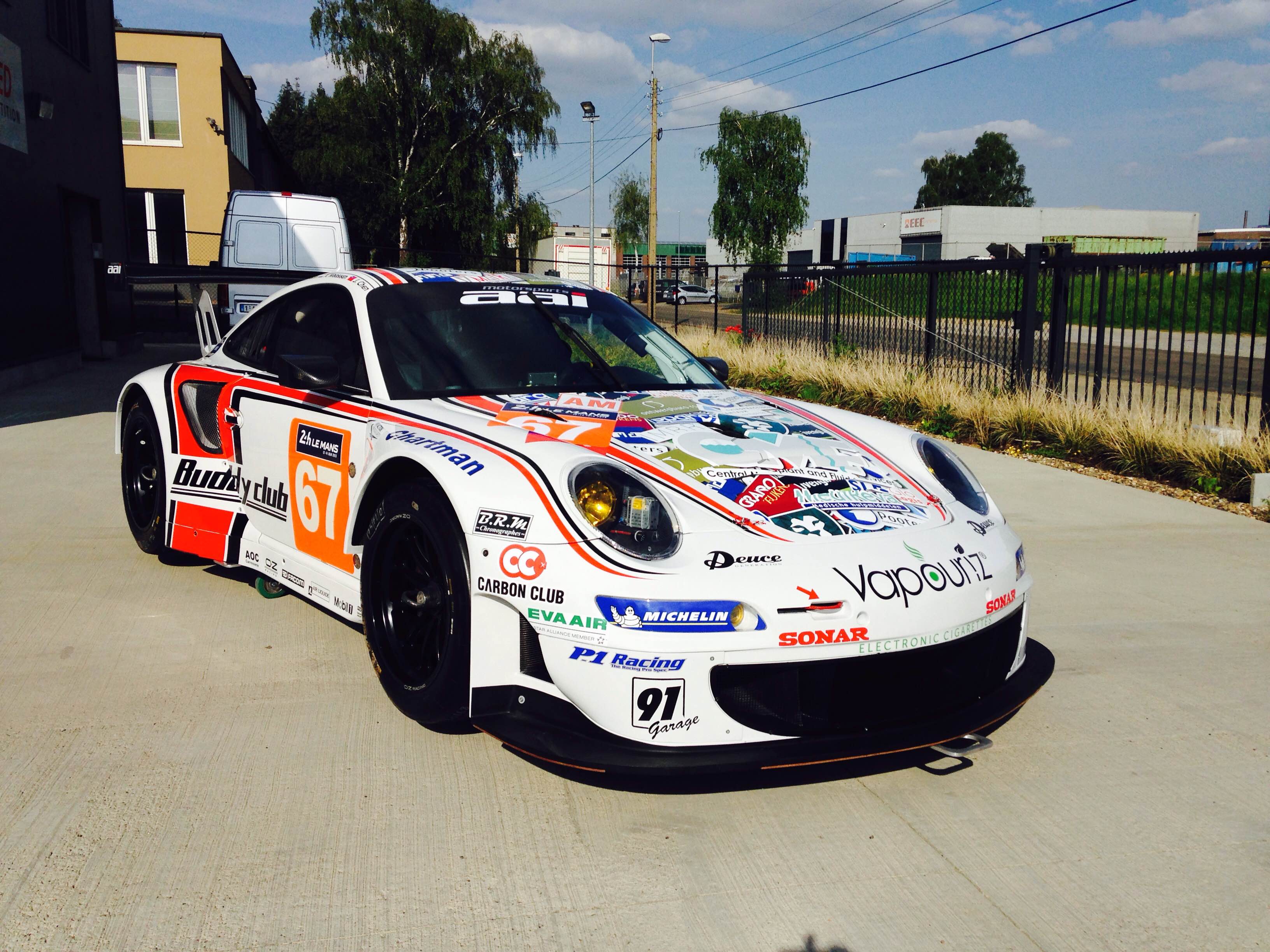 I first came here in 2009 to watch fellow Radical racer Stuart Moseley and was wowed by the scale of the event and the challenge. That weekend I set a new ambition to win my class at Le Mans one day and that became the start of this new journey.

With limited seats and this being the jewel in the sportscar racing crown, drivers are generally chosen for one of three reasons, either they have previous Le Mans experience making them valuable to teams and gentlemen drivers, or they come with a gentleman driver that they have worked with in other series, or they bring a very large pot of gold too tempting for a team to turn down. I did not have a budget to bring so that option was out.

I was lucky enough to already be an established professional driver in Radical Sportscars, being paid by my co-drivers to race with and coach them. The Radical European Masters is a great series, with close, hard racing at some of the best circuits in the world in cars that are just a few seconds off LMP2 pace for a fraction of the cost. Yet despite being a European Champion in this in 2009 and being seen an old hand in this series with tons of experience with gent drivers this counts for very little at Le Mans. Quite simply I did not have Le Mans experience so that option was out.

Getting to Le Mans with a gentleman driver I was already working with would have been an option but Le Mans was on a different scale financially and none of my customers at the time had both the motivation and the finance to step up to Le Mans. I realised just getting a place on the grid, let alone a class win, would be a serious challenge in itself. I had to review my approach.

I went to Le Mans every year from that point on and usually ended up in either Blu-Nord or Beausejour campsites and then trying to blag/sneak my way into the paddock to observe what goes on and remind teams of my existence and availability. I made sure to make contacts at as many teams as possible and follow up on it afterwards. In 2011 I was at the Spa Le Mans Series race in May with the Radical Series. I made sure to spend a few hours in the Le Mans series paddock introducing myself to teams again. I met Neil Garner whose team were running an LMPC car at the time, I asked if he would let me do a few laps at a test and we agreed that I would run the day after the last race of the season at Estoril. I went down for a seat fit in the week before the race and then a couple of days later I got a phone call. “Two of our drivers have dropped out can you get to Estoril for the race, we like you and you have already done a seat fit, so we would like you to race. Can you be there two days earlier?” Of course I could! It was my first time in an LMP car was not going to miss this. It was a proud moment when I arrived at the circuit and saw my name above the garage for the first time. 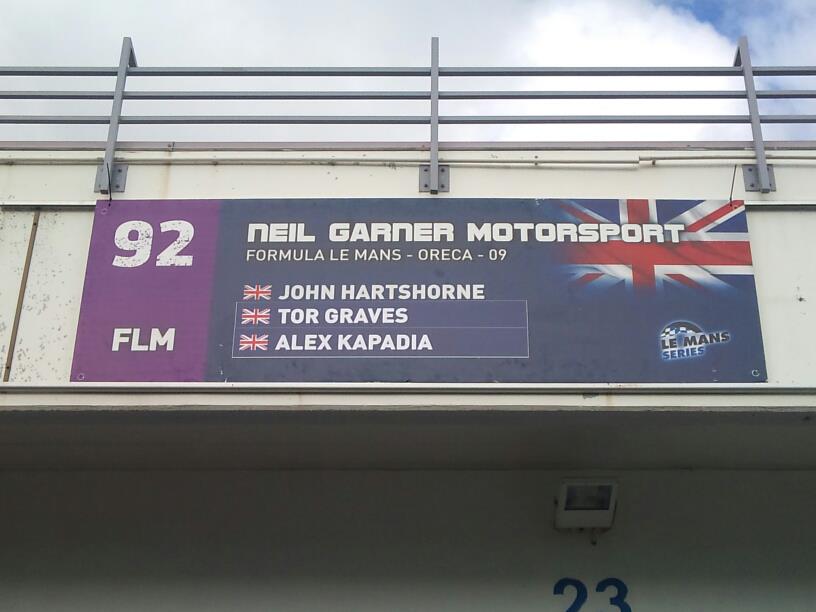 I qualified and managed to take pole in class and then lead the race to the end of my stint. Unfortunately we then had a mechanical issue which put us back, but I had made an impression. I also had met co-driver John Hartshorne who I would stay in contact with and would become a good friend. He had been around for a while and seen it all and I often bounce ideas off him to see if they are sensible or not. 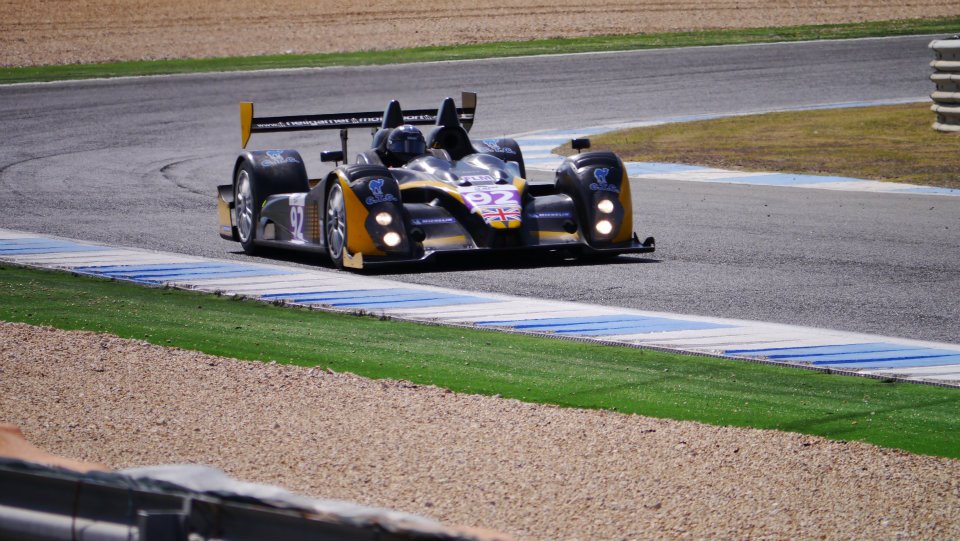 Neil Garner LMPC Estoril
Two days before the start of the 2012 ELMS season I received a call from Mike Sweeney who had been the engineer at Neil Garner Motorsport. He had set up his own team Curtis Racing Technologies and needed another driver to race with Phil Keen and John Hartshorne if I could get to Paul Ricard in time. I was another last minute drive which turned out good. We won our class and finished 8th overall amongst the bottom of LMP2 field.

In 2013 I managed to get my break into LMP2 racing with Boutsen Ginion Racing for the last two rounds of the ELMS at Hungaroring and Paul Ricard. This was again thanks to an introduction and recommendation from John Hartshorne. I got on really well with the team and we showed well, going from 16th to 2nd in my first stint in the wet at Hungaroring and getting the team’s best result of the year in Paul Ricard with two new co-drivers James Swift and Renaud Kuppens.

At Paul Ricard I made sure to go and introduce myself to Greg Murphy from Murphy Prototypes. This introduction (and subsequent relentless pestering) led to another last minute call up for Greg’s team at the Silverstone round of the ELMS last year. This time Tor Graves was not able to race due to illness and Greg needed to find a replacement silver driver. I was to partner Karun Chandhok and Rodolfo Gonzalez in the car that had won the last ELMS race of 2013. The race started off badly with a puncture near the end of Rodolfo’s stint just after he had passed the pit entry. Getting the car back to the pits and the subsequent repairs cost us six laps so we were out of contention. I headed out for my stint determined to at least get us back amongst the LMP2 field. I managed to set the fastest lap while I was out there and the best ten lap average of the race. 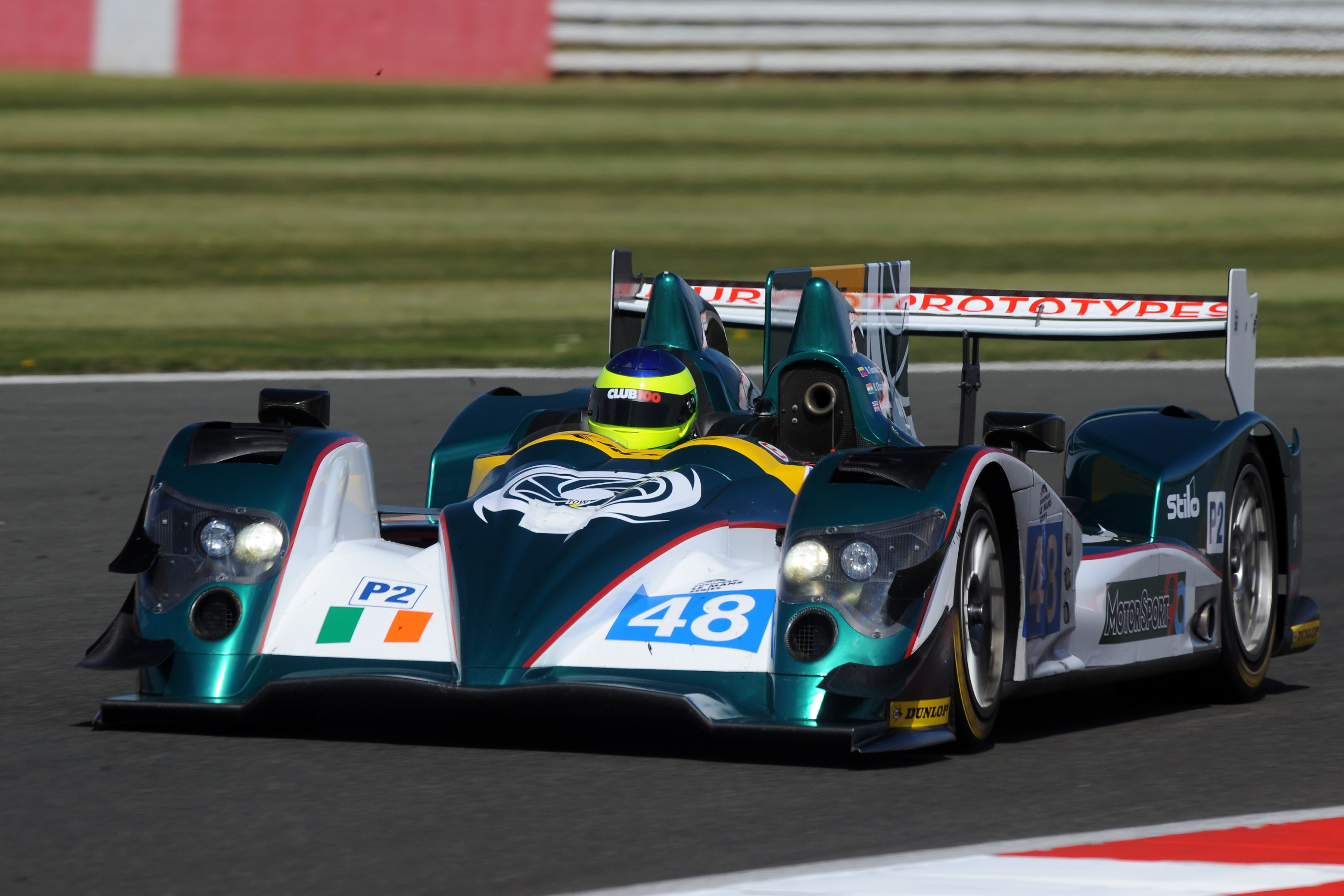 Murphy Prototypes LMP2 Silverstone
This drive led to me being used by Dunlop for tyre testing at the end of last year and they have also been recommending me to teams based on my performance while testing for them. I really have to say a big thank you to Greg Murphy, Alan Mcgarrity and also Mike McGregor from Dunlop for their support over the last twelve months.

This year I was close to a number of drives with LMP2 teams but all wanted previous Le Mans experience so LMP2 did not happen. However I was contacted by Prospeed Competition who are partnering with Team AAI as they were looking for a silver driver to join their squad. I have previously worked with the engineer, Massimo Bottiglieri at Boutsen and he gave a good recommendation to the team. I am really excited to work with the guys and learn everything I can from Xavier and the team.

I did drive at Le Mans last year on the test day as part of my role as reserve driver with Murphy Prototypes see here https://www.youtube.com/watch?v=JdWImIbC6mA but did not get an opportunity in the race proper as I obviously did not leave enough banana skins on the garage floor! It will be my first time in a Porsche and to race a Porsche at Le Mans is a big honour. We are in a 997 rather than the latest 991 which means we may not have the ultimate pace. But anything can happen at Le Mans and it is far more about not making mistakes and making sure we get San going as quickly as he can on his first attempt at La Sarthe. I cannot wait to get behind the wheel at this weekend’s test day.

It is not just all about the driving though. Until you are established as a driver to beat in any given series then it is rare to get paid by most teams. This year I have worked hard to get some personal sponsors to cover my expenses at Le Mans and I am proud to say I have support from Vapouriz Electronic Cigarettes, Text Management, Chartman and also Club100 Karting. I will be working hard over Le Mans week to promote them, allow them to network and gain reciprocal business and we will also entertain their guests and competition winners. Overall a busy few weeks ahead!