Alex Kapadia and Dragon Racing recorded a strong run in the Dubai 24 hours last weekend. The team had looked set for a top five finish before bad luck in the last four hours of the race caused them to drop down the order.

Kapadia was driving a Ferrari 458 GT3 alongside Ferrari factory driver Matt Griffin as well as John Hartshorne and Khaled Al Mudhaf. “The plan was to win the Pro-Am category but the new driving time regulations meant that as Bronze rated drivers John and Khaled would have to do 12 hours of the race between them. We were not sure if they would be able to complete this so the only option we had was to go up to the Pro class allowing Matt and myself to drive longer. We also chose to bring Rob Barff into the squad to allow Matt and I to get some rest through the night.”

“The strategy was drive for fifteen hours staying out of trouble, then race for the last nine. It was working and we were up to 6th place overall by 6am. Then as daylight came Rob was hit by a Porsche while lapping it and this damaged the rear of the car. We lost around half an hour recovering and fixing the car.”

“Despite the disappointment we still finished 10th in class and 19th on the road from 100 starters. John and Khaled had a great time and put in some impressive performances. I really hope we are back here again next year.” 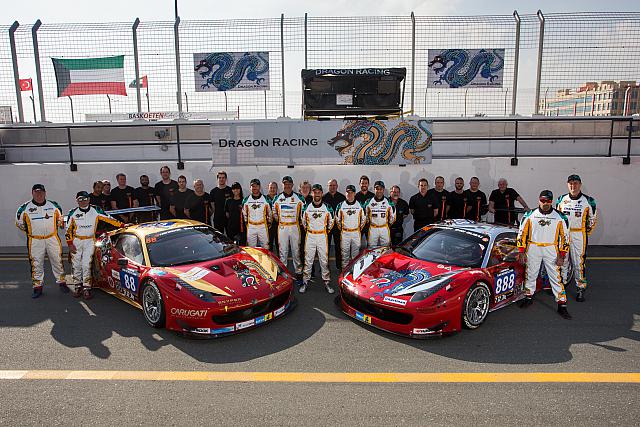