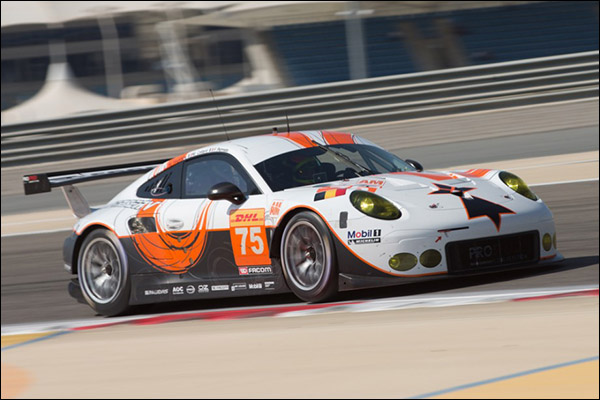 Kapadia will be joining Dutch driver Xavier Maassen and Taiwanese team owner Junsan Chen in the entry earned by Team AAI for winning the Asian Le Mans series in 2014.

Alex, a pro-racer in Radical Sportscars, has previously impressed in the European Le Mans Series in LMP2 for Murphy Prototypes and Boutsen Ginion but has yet to drive the in the 24hr race at Le Mans. Kapadia did drive at the Le Mans test day last year in his role as reserve driver for the Murphy Prototypes LMP2 team but did not get an opportunity in the race. Driving for Team AAI this year will fulfil a lifetime ambition to compete in the biggest race in the world.

“I am extremely grateful to Team AAI and Rudi Penders at Prospeed for giving me this opportunity. I have been trying for a number of years to get a drive at Le Mans and am overjoyed to finally be on the grid. This is a great opportunity to gain experience in the unique challenges that Le Mans presents.” said Kapadia.

Team manager Rudi Penders said “We needed a quick silver driver to join the team and Alex came highly recommend as among the best out there. He has a great approach and will fit in well with our team.”

This will not be Kapadia’s first experience of 24hr racing having had a class win in the 2010 Dubai 24hrs and also second place in 2011. “24hr hour races are a different animal to other racing.” Commented Alex “It is about keeping going, preserving the car and adapting your driving style to whatever the limiting factor is at the time, whether that is tyres, fuel, brakes etc.” Alex who is known for his pace in prototype style cars is also relishing the opportunity to be racing a GT car again. “It has been a while since I last raced a GT but I am keen to show what I can do in car which is completely different. I tested a GTE car with Aston Martin factory team in March and it went very well. There are far more opportunities for professional driver in GT than LMP2 I am keen to develop this side of my skill set to further my career.”